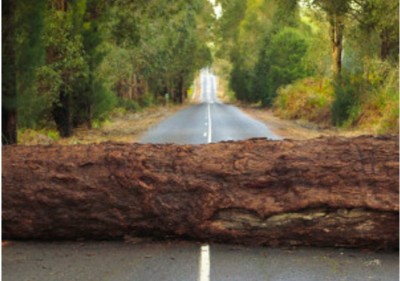 “I have a cousin who had manic episodes as a teenager. He went to college, but did poorly, dropped out and fell into a deep depression. He sought help and was diagnosed with Bipolar I Disorder (BID). With treatment, he returned to college, graduated, maintained steady employment and got married and had children. He took medication as prescribed and participated in counseling and support groups.

Recently, however, he has had serious problems at his job; he has alienated his wife and children and seems to lack self-awareness. His wife insisted on another opinion. The new doctor diagnosed a Personality Disorder (PD), said to be a chronic, longstanding problem.

How can this be? What’s the difference between a Mood Disorder vs. Personality Disorder? How could there be two such very different diagnoses?”

To answer your main question, not only is it possible for there to be co-occurrence of Personality Disorders (PDs) and mood disorders, but PDs occur at a higher frequency than thought. Individuals who seek help from a mental health professional may come in with complaints of things typically associated with mood disorders, such as anxiety or depression, but research shows that in a percentage of cases PD ends up being the underlying cause.

Clearly, the fallout from mood disorders needs to be addressed immediately to restore emotional well-being. That being said, even when the crisis passes and mood stabilization is achieved, it is appropriate, reasonable and necessary to undergo a comprehensive psychological assessment.

In fact, this is the best time for mental health professionals to formulate an accurate diagnosis, or diagnoses. Why so? For the very reason, as in the above scenario, although your cousin apparently prospered in life, it seems that all might not have been as well as it appeared to be on the surface.

PDs are by definition, “an enduring pattern of inner experience and behavior that deviates markedly from the expectations of the individual’s culture, is pervasive and inflexible, has an onset in adolescence or early adulthood, is stable over time, and leads to distress or impairment” (DSM-5, p. 645).

Nevertheless, individuals with APD and BPD are human beings, albeit troubled, and potentially not only dangerous to others, but to themselves. They require intensive, long-term mental health treatment. Why? Authoritative research finds PDs are likely biological-genetic conditions that place the effected individuals at greater risk for development of mood and behavioral issues disorders.

What is Dialectical Behavior Therapy (DBT)?

Is there good news? Once properly diagnosed, individuals with PDs have responded well to Dialectical Behavior Therapy (DBT). Its focus is on identifying things that trigger emotional dysregulation and then learning how to better cope and compensate by implementing new skills. Therapeutic orientation is of forming an alliance in the treatment process and validating feelings, be they “good” or “bad”. DBT therapists intervene when feelings and behaviors are destructive, with alternatives to be considered. DBT is an “evidenced based therapy”, with approval by many insurance companies as it has proven effective in reducing the need for hospitalizations, sharply reducing suicide rates and assisting previously “incurable” individuals in finding and assuming meaningful and purposeful lives.