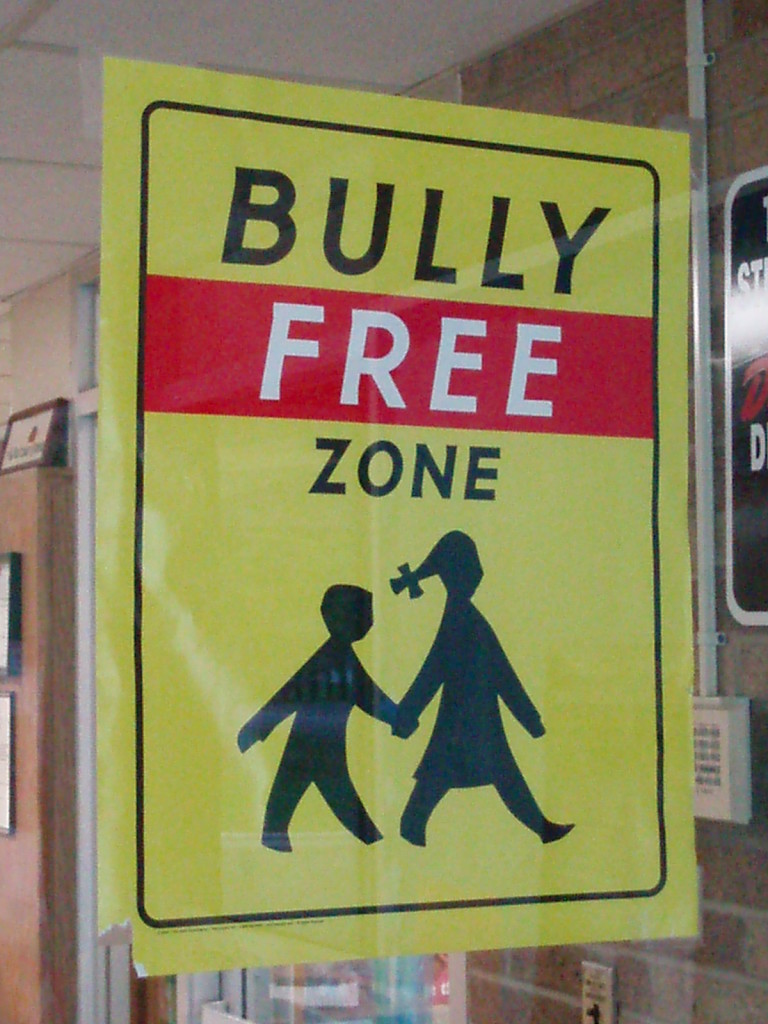 One of the most difficult parts of parenting is invisible. It is the way our own childhood experiences unconsciously creep into our reactions to our kids and the situations they get themselves in.

A Mom I worked with recently in therapy* was struggling with how angry she felt every time her son told her about what a boy in his class would do to him in the course of a day. The list included things like taking his hat, messing up his locker combination so he had to start over, throwing a dirty gym shirt on his head, messing up his hair after he combed it, etc.  Perhaps these antics fall more into the category of ‘annoying-middle-school-fooling-around’ than bullying behavior. But the Mom would get so stirred up that she would get mad at her son for not pushing back or telling the guy off.

“Why don’t you just punch this kid or yell at him!!?” she would ask. “You could tell the gym teacher or I could call his Mom!” Her reaction was so big that her son ended up defending the bothersome kid and dismissing the antics. “NO Mom! I’ll handle it. It’s no big deal, Mom. Everybody does that stuff.”

Truth be told, the antics were mean spirited and the boy was troubled by them, but the Mom did not give him a chance to feel his own reactions to the situation.  By expressing her outrage every time, she did all the “work”.

There is an expression in the therapy world, “if it makes you hysterical, it’s got to be historical.”  As we explored the Mom’s reaction in therapy, it turns out that she had been harassed in a similar way as a child and had felt very humiliated by her inability to speak up for several years. She had let her rival get off scot-free, and then watched as this person climbed the social ranks in high school, even voted “most likeable person” in the senior year book.

This Mom was carrying unfinished, historical business.  She had unexpressed anger and resentment for a situation in her own past, and it got in the way of her being present for her son.

Once we cleared her own issues out of the way she was able to take a new approach to her son’s reports.  She would listen to the antics and stay neutral and quiet. Sometimes she would ask how it was for her son.  He then had to get in touch with his own reaction which did involve anger, but nowhere near as much as what it had evoked previously in his Mom.

He settled on calling the kid “Pesty” and started using that name when others were around.  The boy backed-off eventually and went to pester someone else. This solution worked because it came from the son himself and fit with the norms in his peer group.

Our kids often have the answers they need inside but we need to get out of their way to help them discover it.  Keeping our own emotions and reactions in check is a big part of the ‘invisible’ work in parenting.

Ann Tharayil, LCSW has worked with individuals, couples and families for 20 years. She specializes in working with young families, couple work, and parent education

*Identifying details have been changed to protect the privacy of individuals.