Childhood Trauma and Your Nervous System 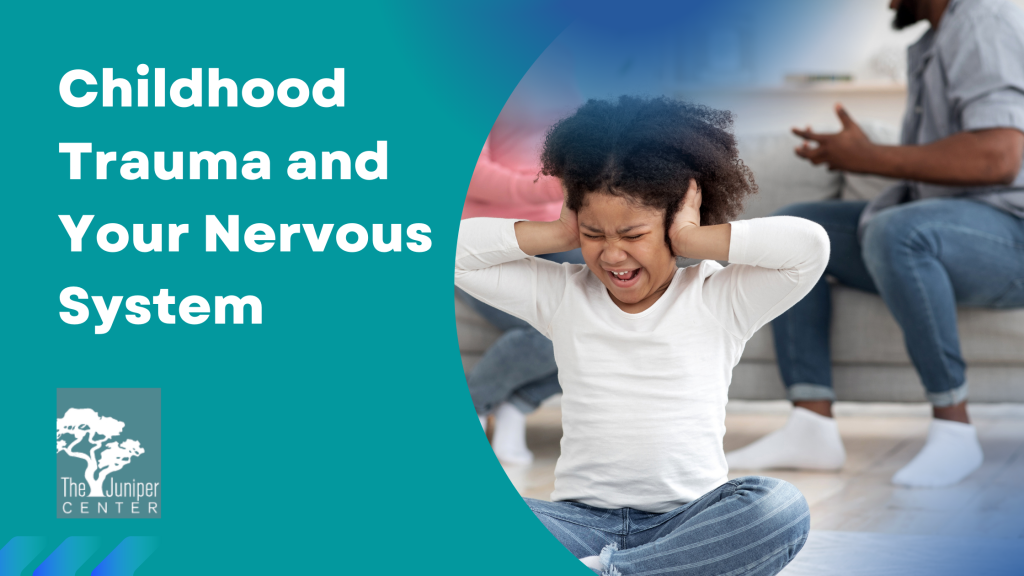 (or what could have been going on in Will Smith’s nervous system.)

What just happened?
That’s what many people likely thought, staring in disbelief watching The Oscars this year. But not because of the movies. You possibly saw or certainly have heard that Will Smith walked up on stage and slapped Chris Rock. Many people have had such strong reactions and opinions about this. They don’t quite know what to make of it. Was it a joke? Was it okay to do? Was he justified in going up and protecting his wife?

Seeing Will Smith’s Action Through a Nervous System Lens

I’m not one to be a “Monday morning quarterback,” on what he “coulda, shoulda” done. However, having just read Will Smith’s new memoir, where he shared growing up with domestic violence, I can see a scenario where his nervous system was triggered by something that reminded him of unaddressed childhood trauma.
In Smith’s book, he talks in a raw and vulnerable way about the shame he felt, having frozen in the moment, watching his father hit his mother. He blamed himself, not understanding, as many, especially children don’t, that “freeze” is one of the autonomous nervous system responses, right up there with “fight” or “flight.”
With that lens and from my psychologist’s perspective, what made sense to me was that in the middle of The Oscars there was a potential breakthrough of something Smith could do now, that he couldn’t do as a kid. Will Smith getting up on stage and slapping Chris Rock feels violent and is unacceptable. But if we think about Smith’s history, without condoning his reaction, I wonder if his nervous system just engaged in that moment. That he finally got his nervous system out of freeze and into fight, defending his wife, as he couldn’t protect his mother all those years ago.

Childhood Trauma Can Linger in Our Bodies

As long as we are talking about movie stars…Emma Stone shared a story when she was on The Graham Norton Show with Ryan Gosling. The two were promoting their movie Crazy Stupid Love and what went wrong in the scene where they recreate the “Dirty Dancing” lift. Stone shares: I broke both my arms when I was seven, falling forward off the parallel bars in gymnastics and I didn’t realize that I had a dormant primal fear until Ryan lifted me over his head.” Stone didn’t even know the trauma was there. But her body did and reacted (as something akin to a rabid possum, is how Gosling described it.)
Domestic violence, abuse, bullying, illness, near drowning, there are so many things that can happen that are real traumas for kids. As an adult, we may think that we or someone we know survived. They seem okay. But what we’re not seeing is what their nervous system and brain are doing. That’s when our nervous systems can sneak up, unawares.

How Do You Know When to Seek Help?

Oftentimes people don’t even realize that past trauma may be impacting their behavior. Although they may experience symptoms without knowing what’s going on: Agitation or fighting, frequent arguing, shutting down, chronically walking away, not knowing what to say to people, avoidance. You might think “that’s just my personality.” But it also may be a nervous system state that can be worked through and changed so that you are freer to make choices and not be subjected to what your body and your mind are doing automatically.

I felt so sad for Will Smith as he accepted his Oscar for best actor. I don’t know if he was one to have practiced acceptance speeches in his head since he started acting. But I can believe that none of those imagined scenarios included attacking the presenter. Accepting the best actor award was likely the pinnacle of his career. But that’s not what people will remember from that night.

It lingers. It can manifest in our nervous systems in ways that we don’t control. And there is help. From counseling and therapy to EMDR to trauma-informed yoga to psychedelic-assisted psychotherapy (coming soon to The Juniper Center) there are so many approaches to begin healing from trauma.
Contact us if you or a loved one needs help and let us help find the solution that’s right for you.
Share on facebook
Facebook
Share on twitter
Twitter
Share on linkedin
LinkedIn
Share on whatsapp
WhatsApp
PrevPreviousMental Health, Relationships, and Work From Home (The Movie) on Facebook Live
NextPodcast, Episode 41: Cultivating GritNext
TeleTherapy Now Available