How does Neurofeedback work? The Juniper Center explains.

How Does Neurofeedback Work? 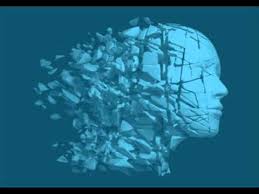 Imagine a person has had a negative experience that has left them on guard and fearful or anxious.  This can be very adaptive while the threat is still present.  However, it can be maladaptive when the threat has been removed, but the person still lives in a fearful, anxious, and defensive way.

Situations like these often bring people to therapy. Talk therapy is one intervention that is very successful.  However, there are times when talk therapy reaches a roadblock.  Sometimes non-verbal treatments are required to break the brain’s habitual patterns and to create new pathways in the brain.  This is where neurofeedback is useful.

Think of your daily patterns.  If you like walking through a forest or a park and you constantly take same path, eventually it becomes habitual. This also happens with how neurons fire through our brains on an unconscious, purely chemical level.  We begin to develop these paths when we are children. Often times these habitual paths traveled in our brain are not optimal for the way we live our lives.

Experiences can change the pathways.  Some pathways continue to be used well after the experience has ended.  Sometimes, this can be a good thing, while other times we find pathways are being used that are inappropriate for the current circumstances.

Neurofeedback retrains the brain to produce optimal brainwaves in specific areas of the brain as needed. The brain and the body always aim for optimal functioning but also for homeostasis.  However, since the brain develops habits, it does not always recognize when it is no longer functioning optimally.  Neurofeedback shows the brain how it is functioning through the use of EEG sensors and a computer.

EEG sensors are attached to the participant’s head.  These sensors sole responsibility is to monitor the brain’s activity. (To debunk any fears, there is no “shocking” of the brain. This takes place in a relaxing environment.)  During a neurofeedback session, an EEG machine that is connected to a computer reads brainwaves.  These brainwaves are translated into visual images and auditory sounds by the computer.  The participant views the images and hears the sounds produced by the computer. The participant’s brain processes these images and sounds, which allows the brain to see and hear how it is functioning from a perspective outside of itself.

Imagine living your life having never looked in the mirror.  You see what other people look like, which gives you an idea of what you look like.  Let’s say you have a certain style of clothing that you have worn for years.  Then, you look at yourself in a mirror.  You realize what you actually look like.  This might change your actions.  You might realize that the clothing you have been wearing does not look the way you thought it would.  So, you decide to wear your clothes a different way or to buy new clothes.  This is essentially what happens when the brain views its own activity.  It sees how it is functioning through the images and sounds produced by the computer.  It makes changes based on these images and sounds.  Just as we do not need to think about breathing in order to breathe or think about our heart beating in order for it to beat, the participant does not need to do anything during neurofeedback in order for the brain to reregulate itself.

Similar to developing a new habit or changing an old one, it takes time for the brain to make changes – to stop traveling the habitual pathways and to start traveling new pathways.  A typical session is 45 minutes to 75 minutes in length.  Research has found that the most optimal treatment plan includes at least two sessions per week for at least 20 sessions. So, if a person would like to see changes more quickly, a person would receive neurofeedback twice per week for 10 weeks, or 2 and a half months.  If a person is able to receive neurofeedback only once per week, it may take 20 weeks, or 5 months for changes to become truly engrained and noticeable.

Similar to learning to ride a bike, the brain requires multiple sessions to learn its new pathways. Some participants require only 20 sessions, while others who are treating multiple symptoms may require up to 100 sessions.  The good news is that, like riding a bike, once the brain has been trained, it doesn’t forget what it has learned.

Learn more about Neurofeedback, what it treats and how it works, here.