If My Mom Suffered the Traumatic Event, Why am I so Anxious? 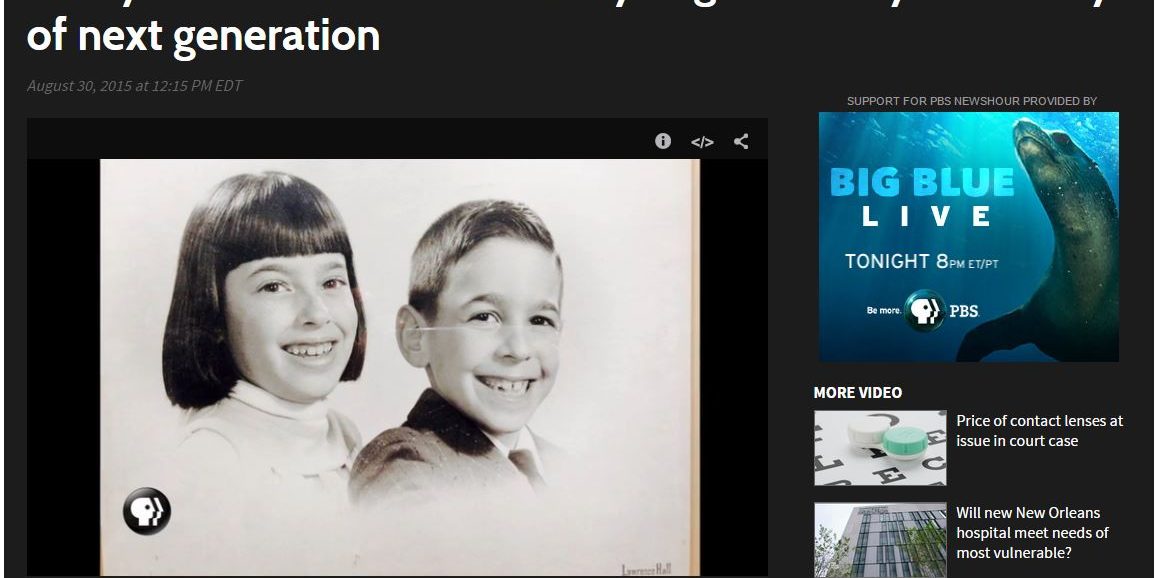 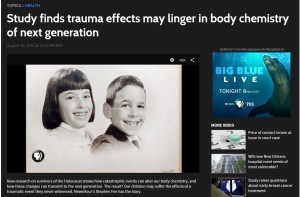 Traumatic events can have far reaching effects, even into subsequent generations.  While it may seem intuitive that a parent who has experienced trauma will be more anxious and will perhaps transmit their anxiety to their children through behavior, there may be more to it.

The study of epigenetics suggests that events (e.g. environmental or traumatic) can change how genes express themselves. When someone who has experienced this change in gene expression has children, the changed genes are passed on to their children, a new study suggests.

A recent segment from PBS NewsHour touches on this phenomenon from a study of children of Holocaust survivors. “Despite her own comfortable upbringing here in the US, Karen Sonneberg privately struggled for years with anxiety and stress. While she couldn’t prove it, she believed it was somehow linked to her parents’ traumatic childhoods.”

In the piece producer/reporter Stephen Fee said that researcher Rachel Yehuda from the Icahn School of Medicine at Mt. Sinai noticed a pattern among the Holocaust survivors called an ‘epigenetic change’ — not a change in the gene itself, but rather a change in a chemical marker attached to it.”

“When we looked at their own children, their children also had an epigenetic change in the same spot on a stress-related gene,” said Yehuda.

View the full story here. (video) or reach the transcript.

Mom to Mom: Anxiety and Kids-Should you give your child a Mental Health Day? (Video)
January 21, 2020

The Reverberations from Suicide in the Media
June 11, 2018

5 Reasons Group Therapy May Be Just the Thing for You
September 19, 2017

Thinking of Joining a Group Practice? We are Now Hiring!
June 21, 2017
Go to Top