Transgender Kids-and importance of listening to understand your child

Transgender kids: Is my child just going through a phase? 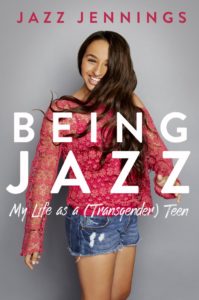 Many parents come into my office asking if their child is identifying as transgender because it seems to be a popular trend.  People believe that their child’s gender identity issues are just a phase and they often blame the media attention around this topic.  With Caitlyn Jenner making headlines and Jazz Jennings (a young trans girl) starring in her own reality television show, and the political debate on gender neutral bathrooms, it is understandable why parents question the validity of their child’s statements.

So many people ask what being transgender means. Perhaps it will be helpful to know the term cisgender, which means identifying with the gender written on your birth certificate at birth. Transgender is identifying with a different gender than the one with which you were born.

People often get caught up in all of the terminology.  Even if one understands every definition of every term associated with gender and sexual identity (e.g. everything in the LGBTQIAPK), that does not necessarily translate into understanding or respect for the self-identity of the other.  For example, if a person tells you she identifies as a woman and is only sexually interested in women, many people would label her with the identity of being a lesbian.

She may fit the criteria for one’s definition of the term, but she never identified herself as a lesbian.  Perhaps she identifies herself as queer.  Instead of getting caught up in the terminology, make sure to ask what that person’s identity, or label/term that they are using, means to them.

If your child is telling you that they are transgender or that they are struggling with their gender identity, do not dismiss it as a phase; get educated!  There are great resources out there to help answer your questions.  It is also important to give your child a safe space to do their own exploration.  This space may be in the form of a support group and/or in the form of a trans aware therapist.

Is the Incidence of Transgender Increasing?

The truth is that trans people have been around forever.  There is no evidence that there are more trans people today then there were 50 years ago. People do however, feel freer to explore their gender identity than they did in the past, thanks to a more public dialogue and acceptance, and they are doing so at a younger age.  As a result, people are discovering themselves and being given a platform to do so that never existed in past generations.  As our society becomes more accepting, people feel more comfortable being themselves.

For children it is important to listen and validate what they are feeling. Some may know for sure, but others may still be exploring feelings of being different. Just as all of this may be new for you as the parent, it is also new for your child, at a time when everything about socialization and school and fitting in is new.

And, sometimes, the more you learn, the more questions you have. Luckily, there are answers and there is a world of support at The Juniper Center with our new location on North Blvd. right here in Oak Park.

Ariel Groner is a Licensed Social Worker (LSW) at The Juniper Center, specializing in working with children and families and with advanced training in working with LGBTQ identified youth. Whether or not you are seeking counseling for an issue specific to sexuality or gender identity or you simply want therapy for another matter in an LGBTQ- knowledgeable and welcoming practice, The Juniper Center is the right choice for all of your therapy needs.